OXFORD, Pa.--Tommy Walsh was remembered as a great rider and a great personality with  a huge sense of humor at his memorial service held Nov. 18 in the Edward Collins Funeral Home in Oxford. 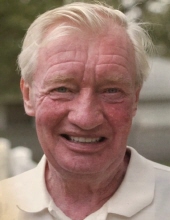 "I got to introduce Tommy when he was inducted into the Hall of Fame," said Lenny Hale, who has served in different capacities, including starter, racing secretary and vice-president of racing, at major racetracks in New York, Florida, New Jersey, Delaware, Maryland, Virginia and West Virginia. "Tommy was an incredible guy, and he had a great sense of humor. We did have a few parties. He'll be in my memory as long as it works, although it's getting a bit dark now."

"When I heard Tommy had died, I called Barclay Tagg and told him, `We've lost another goody,'' said J. B. Secor, whose mother was a sister of Betty Bosley Bird.

Walsh was the third of three of the greatest riders of the 60's and 70's who were lost in the last month, preceded by Paddy Neilson and Doug Small in October.

"BARCLAY told me that he was just starting out as a jockey when Tommy was close to ending his riding career," said Bosley. "He said, `All I ever saw was his skinny ass,'"

Bosley said that Betty Bosley got Walsh to teach him and his brother how to ride races.

"I was on a horse that pulled like a train, and (Betty's nephew) Johnny Bosley was on a horse with a light mouth," said Secor. "Tommy kept telling me to lighten up my hands. `Look at Johnny,' he say. `Look how light his hands are.'"

"He was a wonderful person and a wonderful husband to Georgia," said Betsy Houghton, who had a delicious and much appreciated luncheon at her Sylmar Farm in Christian following the funeral service.

"We shared a house in Saratoga with the Walshes," said Houghton. "That was after he'd stopped riding and was training. He had a horse enteed at Saratoga one day, and I asked him how the horse would do. He said he thought he'd do well, that he'd had a change of equipment. He said, "I took the blinkers off and put the crutches on.'"

"I was little when we shared the house in Saratoga," said Bernie Houghton. "I was only 6 years old, but he give me a pile of money and send me out to get a pink sheet. It was lucky there were no kidnappers in those days. I'd come back with the pink sheet and lots of candy."

After concluding his riding career, Walsh turned to training, first in New York and then at Delaware Park, and he and Georgia lived in Oxford for the last decade.

"Tommy was happy with the people in Pennsylvania," said his brother Jimmy, a trainer in Kentucky.